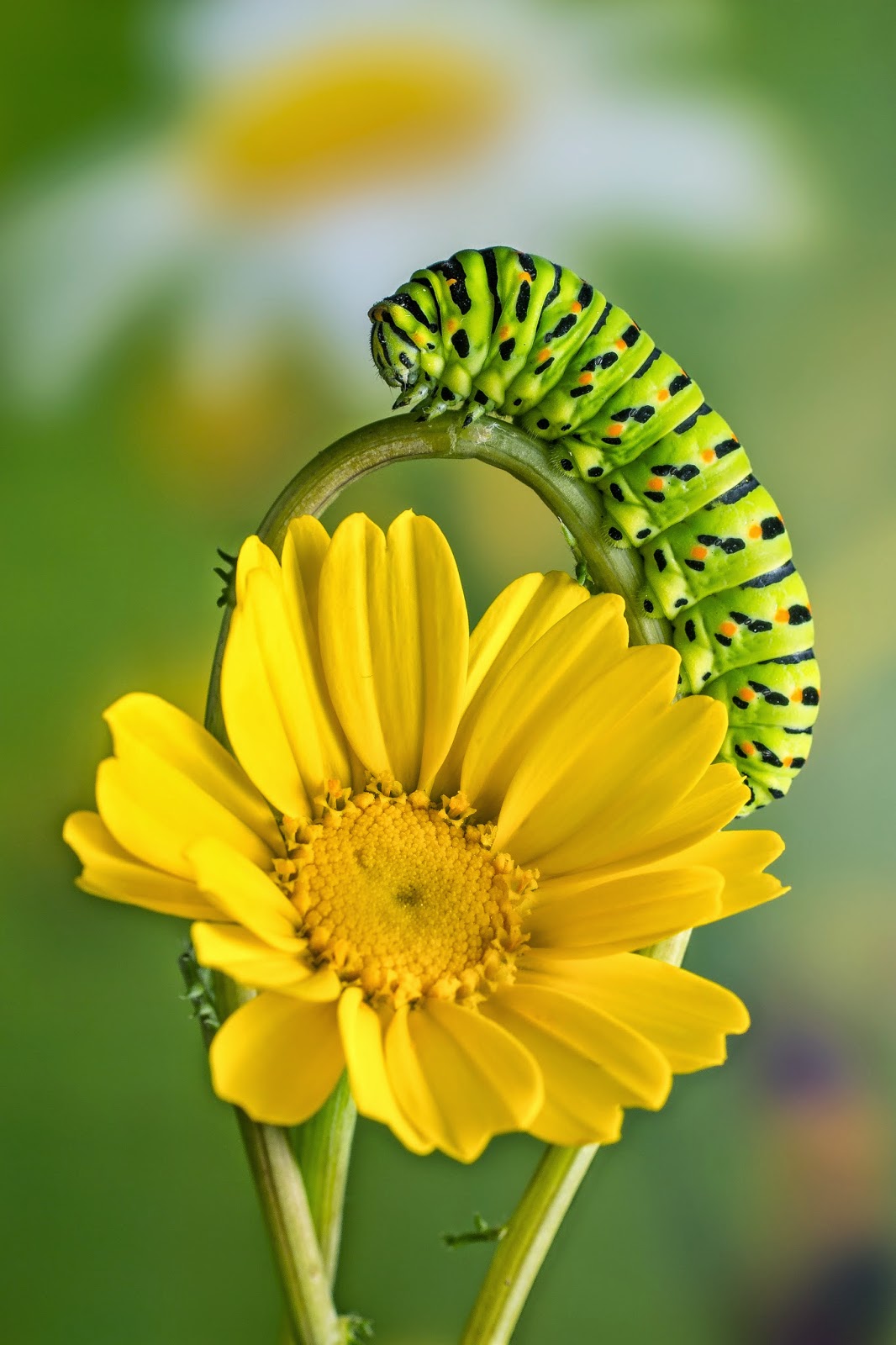 The Old World swallowtail (Papilio machaon) is a butterfly of the family Papilionidae. The butterfly is also known as the common yellow swallowtail or simply the swallowtail (a common name applied to all members of the family, but this species is the 'original', first to go by the name). It is the type species of the genus Papilio and occurs throughout the Palearctic region in Europe and Asia; it also occurs across North America, and thus, is not restricted to the Old World, despite the common name. 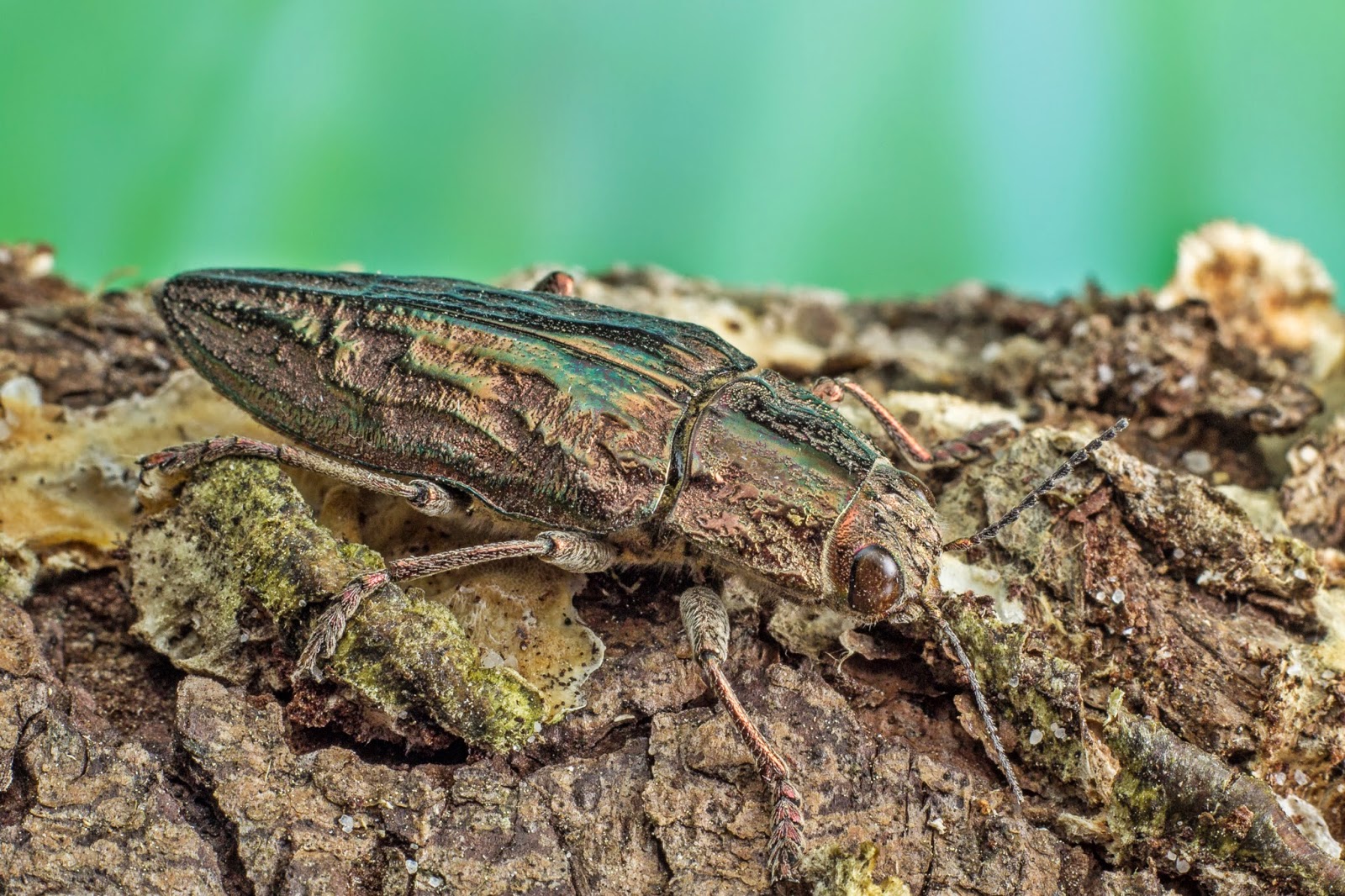 Adults are 21-32 mm long. The body is flat and shiny. The head is broad with a groove on frons. Pronotum and elytrae are with parallel irregular ridges. The ventral side of the body is dark brown. The dorsal side is copper, metallic shiny. The larva is white, up to 70 mm long, legless.
Adults are active from May through July. During warm sunny days they are observed mainly on pine stumps in clear cut areas. Females oviposit eggs in bark crevices of stems or stumps. Larvae hatch after 2 weeks and excavate galleries of up to 15 mm in width. Flatted pupal chambers of 4x1.5 cm in size are directed along fibres. Adults emerge through exit holes of 1,0 x 0,5 mm in size. This species has one generation per 3 up to 6 years.
C. mariana infests mainly stumps, thus playing an important role in wood decomposition, however it sporadically can cause the damage of the wooden constructions (e.g. poles, fence and others that are in the contact with a soil). 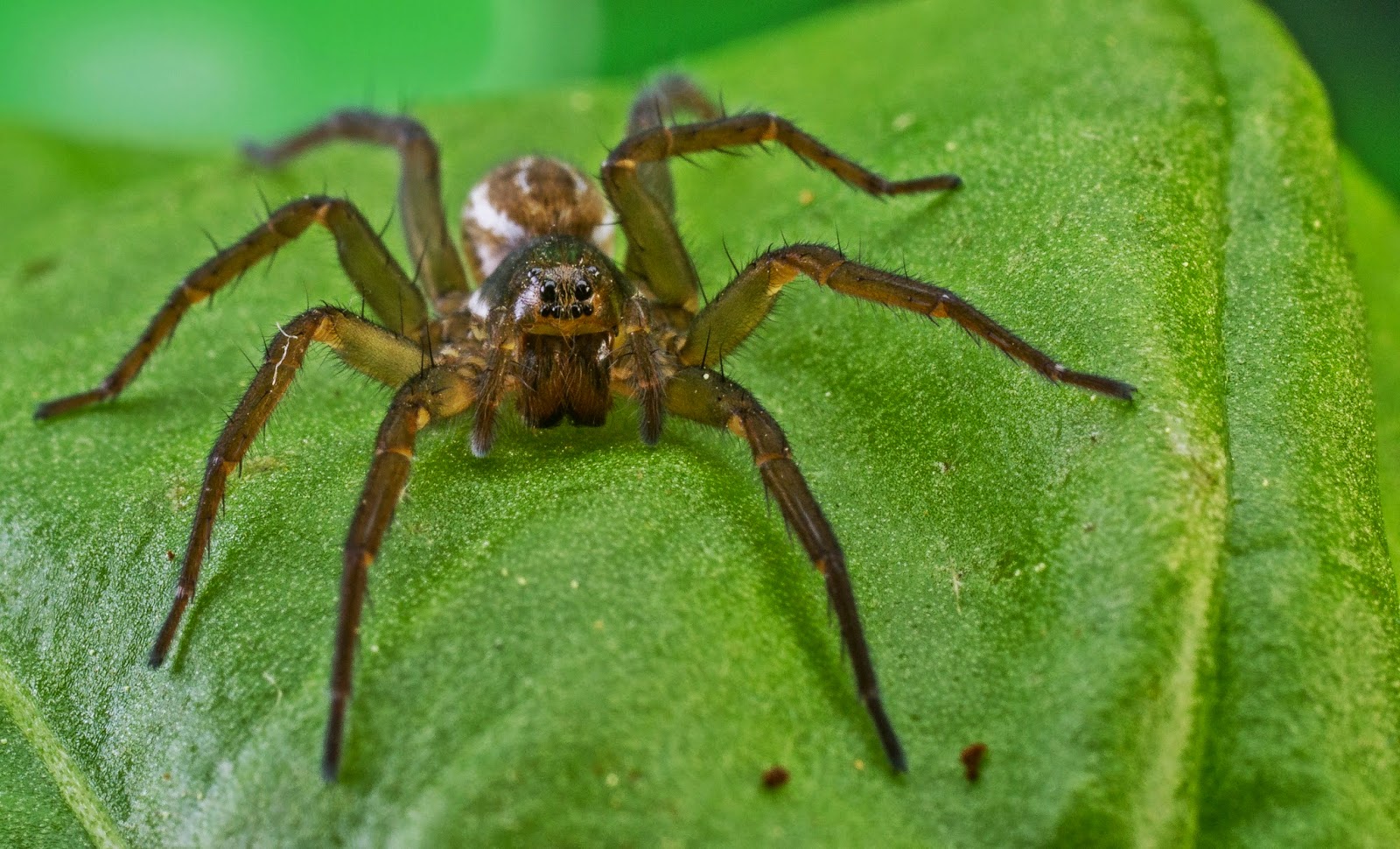 Wolf spiders are members of the family Lycosidae, from the Ancient Greek word "λύκος" meaning "wolf". They are robust and agile hunters with excellent eyesight. They live mostly solitary and hunt alone. Some are opportunistic hunters pouncing upon prey as they find it or even chasing it over short distances. Some will wait for passing prey in or near the mouth of a burrow.
Wolf spiders resemble Nursery web spiders (family Pisauridae), but wolf spiders carry their egg sacs by attaching them to their spinnerets (Pisauridae carry their egg sacs with their chelicerae and pedipalps). Two of the Wolf spider's eight eyes are large and prominent, which distinguishes them from the Nursery web spiders whose eyes are all of approximately equal size. This can also help distinguish them from grass spiders. 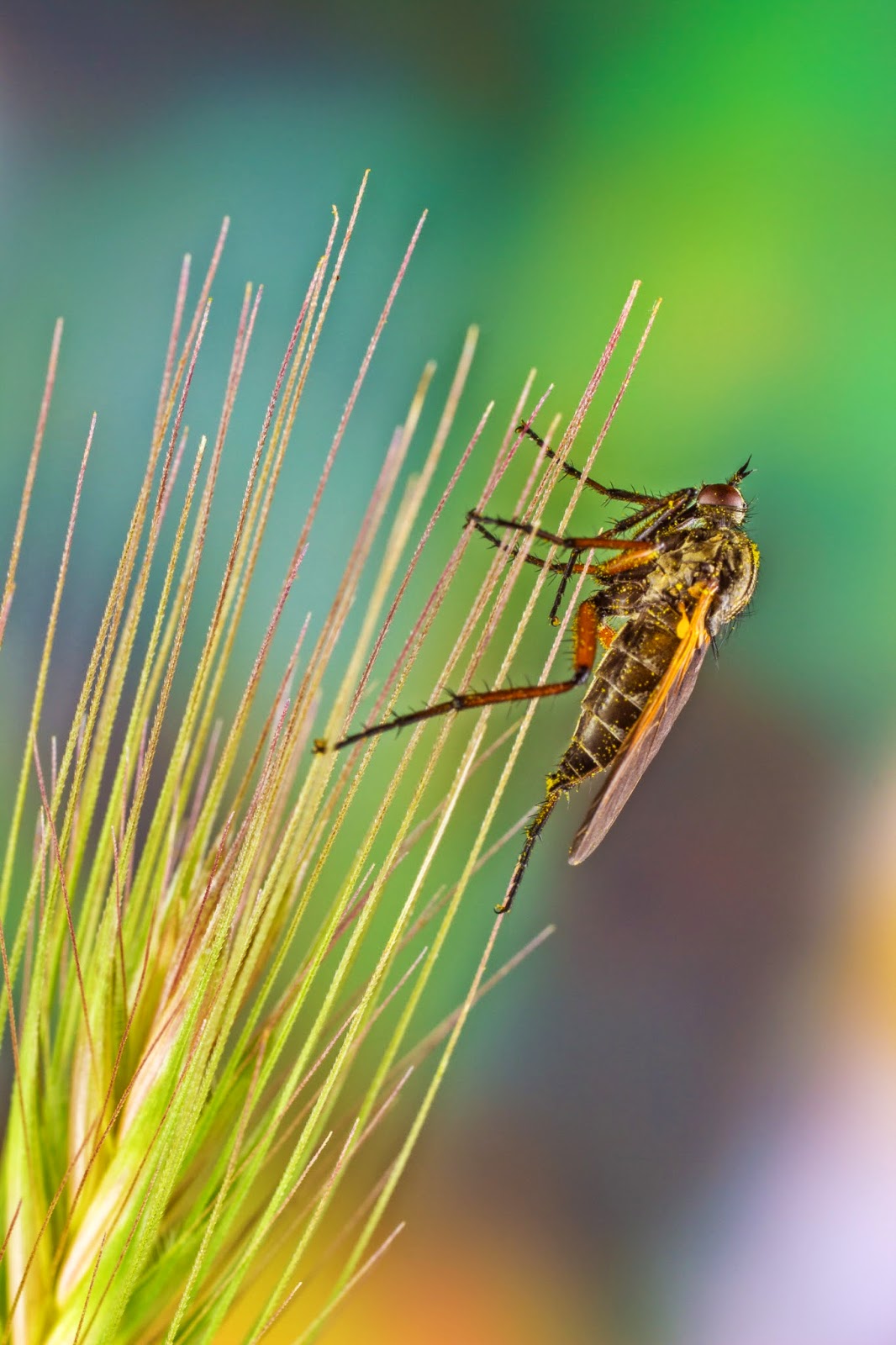 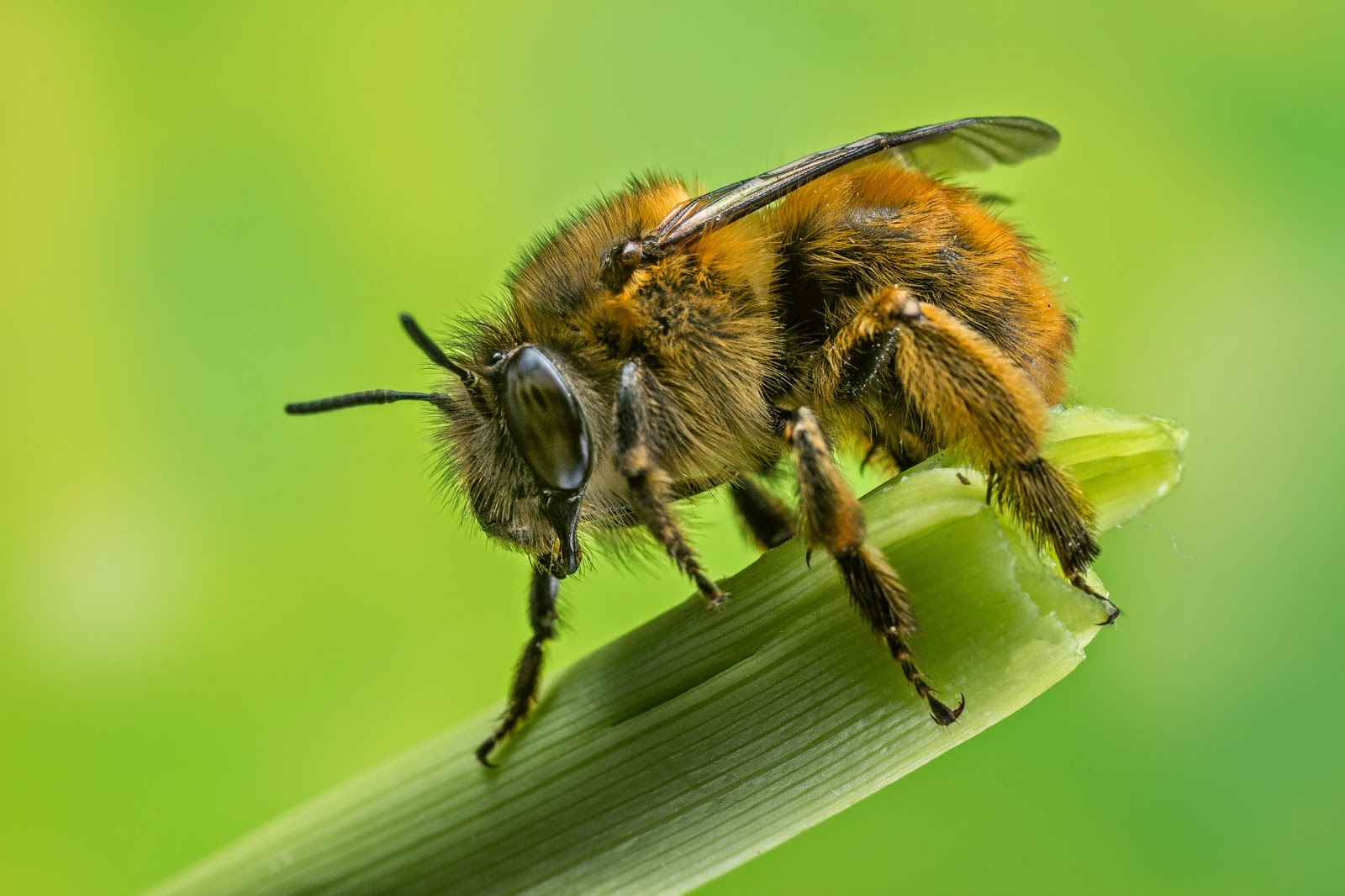 Apis sp are very vigorous and active at temperatures where other subspecies of bees are not leaving the hive, supporting long, cold winters. They have a length of the forewings with an average of 9.226 mm and 3.098 mm  while the width of the subspecies Apis sp is 9.381 mm and 3.0293 mm respectively. The first description of this bee of the Iberian Peninsula was published in the magazine Bee World, made by B. Adam. F. Ruttner described it in his book "Biogeography and Taxonomy of Honeybees." in base to the description of B. Adam, but like several authors prior to him (e.g., Goetze, 1964) erroneously equated this bee with the subspecies proposed by Skorikov (1929) as Apis mellifera iberica (Skorikov, however, proposed the name for a subspecies occurring in the Caucasus and based the name on the ancient Greco-Roman designation for the Georgian Kingdom, Caucasian Iberians existing there in antiquity). Thus, the name as employed by Ruttner was an error, leaving Apis mellifera iberiensis as the only valid name for this race of honey bees. B.Adam collect their views on a trip he made in 1959 by Spain and Portugal. 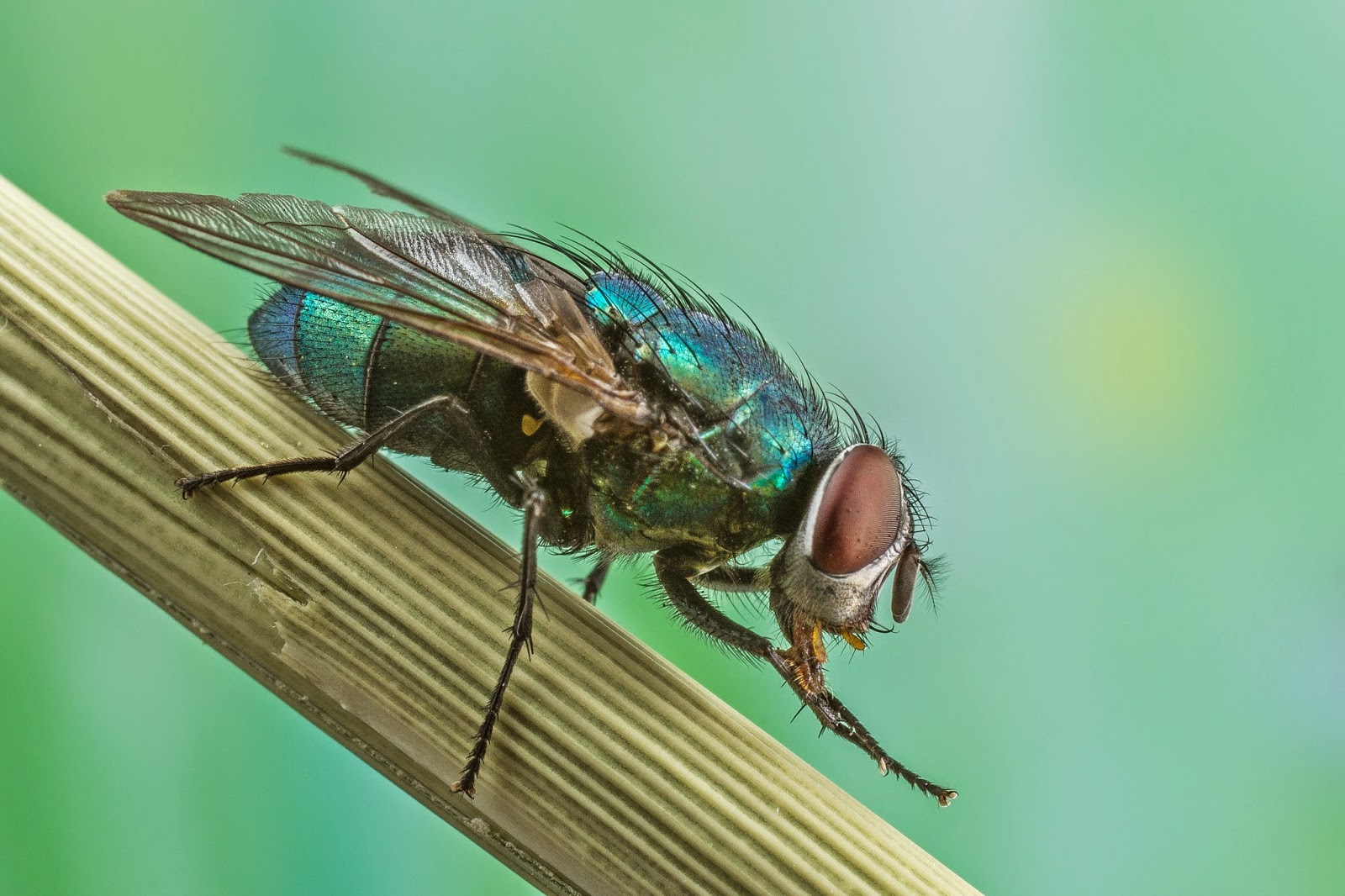 The common green bottle fly (biological name Phaenicia sericata or Lucilia sericata) is a blow fly found in most areas of the world, and the most well-known of the numerous green bottle fly species. It is 10–14 mm long, slightly larger than a house fly, and has brilliant, metallic, blue-green or golden coloration with black markings. It has short, sparse black bristles (setae) and three cross-grooves on the thorax. The wings are clear with light brown veins, and the legs and antennae are black. The maggots (larvae) of the fly are used for maggot therapy. 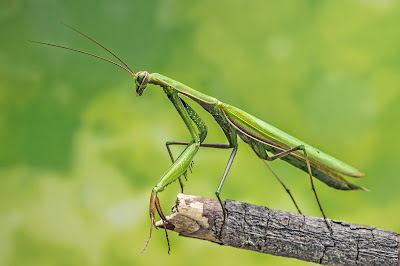 Mantis religiosa, with the common name praying mantis, and outside Europe the European mantis, is an insect in the family Mantidae. It is one of the most well-known and widespread species of the order Mantodea, the Mantis. It is an example of a common name for a single insect species becoming used for a larger group of related species. "Mantis" now refers to the insect order Mantodea, and the other families, genera, and species within it. Mantis religiosa is native to Europe, Asia, and Africa. It was introduced to North America in 1899 on a shipment of nursery plants from southern Europe. Now it is found from the Northeastern United States to the Pacific Northwest, and across Canada.
Canon 600D.
Sigma 50mm 2.8 macro.
F-stop: F-13.
Tempo de exposição: 1/100.
Distancia focal: 50mm Velocidade ISO: 200
Publicada por Macrofotografia Vasco Freitas à(s) 12:45 Sem comentários: